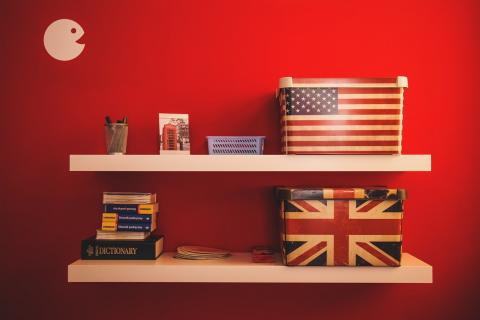 Both countries have a rich tradition of quality higher education, an excellent research base, and a culture of intellectual development and academic freedom.

According to The Times Higher Education's global university rankings, more than half of the world's top 200 universities located in either the United States or the United Kingdom.

In terms of university structure, student life, the cost of higher education, as well as key performance indicators, such as dropout and employment rates, each of these two world powers has charted their unique path.

Let's explore some differences between the American and British education systems.

If you don't want to read all the details, below is a brief overview:

Perhaps the most crucial difference between the U.S. and U.K. education system is the time it takes to complete a course of study (except in Scotland, where the bachelor's degree has a duration of four years). In both systems, you can apply directly to postgraduate studies from a bachelor's degree program. However, in the UK, this depends if you receive a master's degree before your doctoral degree.

Most universities in the US start in mid-late August, although small liberal arts colleges may start a bit later. Most take a reasonably long break at the end of their first semester, beginning in mid-December.

The second semester usually begins in early to mid-January. However, universities working on different calendars, such as the trimester or quarter system, may begin their winter holidays at the end of November when Thanksgiving celebrated.

The academic semester in the United Kingdom varies to a certain extent. Although most also use the semester-based system, trimester and quaternary systems are used in some universities.

Many schools and universities start in September or October and end in May or June, slightly increasing the length of the academic year. However, the semester is less standardized throughout the UK. Therefore, if you choose to study there, your university may use a different calendar.

When you are assigned an essay in the UK, you are usually required to write at least 3000 words. In the United States, however, it is unusual for assignments to be more than a couple of pages long.

The same can be said about exams in both countries. In general, testing of U.S. structures should be comprehensive and rarely requires written justification. Understanding is a standard form of testing in the United Kingdom during exams.

Because the American system focuses on depth, courses require weekly or even bi-weekly assignments, as well as other tasks such as small written projects, basic research, and oral presentations throughout the course.

In the UK, most schools are more lecture oriented and only occasionally do assignments during the semester. Instead, your entire assessment may be based on one final exam.

In the U.S., your grade will be based on the results of various assignments, and the final exam will be only counted as a percentage of your overall grade.

Both UK and US universities have a wide range of tuition fees, depending on the university. That also depends on the reputation of the institution and whether it is public or private. However, British institutions are more regulated by the state than US institutions. Therefore, on average, the cost of education in the UK is lower than in the US.

On the contrary, the government has very little control over what universities charge in the United States. In the U.S., there is a distinction between state and non-state tuition fees and between private and public universities. These differences determine the number of tuition fees.

Finally, some private institutions can cost up to $50,000 per year. To help students cover the cost, the Government in both countries provides loans at concessional terms and preferential interest rates.

Both countries provide students with dormitories where they can stay. They are roughly equivalent. In the UK, it is reasonable to have a private bedroom, while in the US, you will often need to share a bedroom with at least one other person. However, after the first year of study, students in the U.S. may have additional housing options, such as private housing or off-campus housing.

Besides, dormitories in the United Kingdom are usually self-catering, while in the United States, students are offered a wide range of meal options. A one potentially significant difference is that a maid service is typical for UK dormitories, although students pay a nominal fee for these services. The cost of living in both countries will also vary dramatically from region to region. For example, in the UK, the cost of living in Newcastle is 39% cheaper than in London, with rents about 65% lower.

About 25% of all US students dropout of school during or after their first year of study.

Schools in the United Kingdom retain a much higher percentage of their students, with an historical dropout rate of about 7.5% per year, although the dropout rate has fallen to about 6% since 2010.

Approximately 40% of students who begin their first-year studies in the United States will drop out before completing their studies. At the same time, the majority of British students starting their bachelor’s degree will receive a diploma, with an overall dropout rate well below 1%.

Employment among university graduates has declined significantly in recent years in both the United States and the United Kingdom. That is mainly due to the fragile labor markets following the 2008 financial crisis.

Previous employment rates for graduates in both countries fluctuated between 95% and 97%, but have been approaching 92-94% annually since 2010, with significant annual fluctuations.

To sum it up

Although both countries provide a high level of education, each system approaches education slightly differently, each having its advantages and disadvantages.

If you are choosing between studying in the U.S. and the U.K. – consider the differences mentioned in this article, such as the time required to complete a degree, tuition fees, and whether you would prefer a more advanced or extensive study program or not.